When I met Ernst Jünger in 1995 in the company of the Association Eumeswil Florence and asked about any particular works he desired to be translated into English, he produced a compilation of essays entitled “Grenzgänge” (Border Crossings). Here is one essay I have just finished in unofficial translation – just in time for this grey month of darkness and dying, and already dreaming of spring renewal! 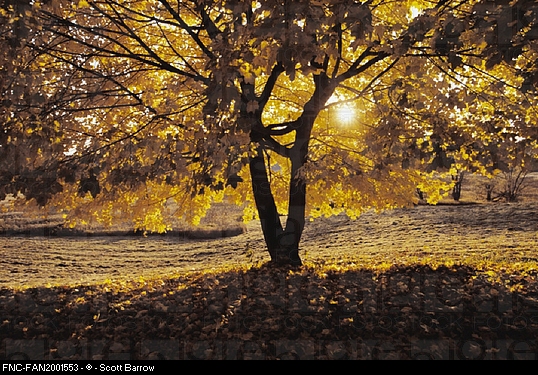 “With each fall, the angel of melancholy comes. We should sacrifice to him, not flee from him. This is one way of celebrating the mystery of death: dying too must be practiced. The fruit ripens and is harvested; the leaves change color and fall. Crows gather in flocks and circle over the bare fields. The days become shorter, night falls earlier; fire and light are discovered anew. The time approaches for the festivals of the dead and walks in the cemetery, but also for nightly visits of charitable deities. Our dreams start to transform; mantic traits slip in. We near the most secret time of the year, the bleak nights and the festivals of light. The light is safeguarded; it becomes the light of the cave, hidden auspicious light.

In the gardens, the first frost has ruined the flowers: the nasturtiums, dahlias, asters, morning glories, the last lilies and the colorful sweet peas on the fence. Only the chrysanthemums, filled and unfilled, continue blooming in many colors, also late roses, often right into December. Our steps rustle in the yellow foliage of the hazel bushes, in the coppery leaves of beeches and the deep red ones of wild grapes.

Thrushes fall upon the land and seek out the red berries, once they have feasted on the black elderberries. They hurry about in droves over the lawns, chasing worms. Jays and woodpeckers also fly out of the edges of the forests into the fruit orchards. The green finches become lively; they pick off the small cones of the thuyas. The first bullfinch preens itself on the fence. Its red cloak will soon shine brightly in the snow.

Any flowers that bloom now have a dual meaning: departure and return. Among these latecomers are the autumn blue and golden saffron crocuses, and the garden varieties of naked ladies that only recently arrived here from the mountains: from the Spanish Sierras, the High Atlases, the Taurus Mountains, and from Lebanon. Some gardeners do not tolerate them in their flowerbeds; their sight reminds them of mortality, graves, the outgoing year. It is different with the witch hazel shrubs and delicate winter jasmine, which already send out blossoms after a mild fall. Spring is already setting up its outposts in them. In the forests, the Christmas roses grow bright green tussocks.

In a corner of the garden, the gardeners break up their compost as mist drips off the branches. There is a smell of decay in the air; mold tarnishes the dead branches, and a spade pulls bones from the crumbly earth. But the elders that provide shade in summer have already grown new buds; and right at this time they swell red. In the runes, it is already written what will return – the prophecy of the miracle of May. On the south wall, the fig bush already bears fruits; the little green ones resemble buttons, the large ones heavy clubs. They will overwinter, and in the sun of the coming year swell up until they are sweet in September.

Things stir in the garden borders as well – and it is difficult to say if this movement is already belongs to the coming spring or still to autumn. The garden fork turns the earth and brings bulbs resting in the ground to the light of day. Small buds already push up from their surface. The irises send out green prongs, and red crystals have attached themselves to the roots of the nettles. All this pleases the gardener, reassures him. All will now slumber under the snow, until it senses the sun of February. Then it will stretch out its limbs and resurrect. Snowdrops, wild daffodils and yellow wolf’s bane will lead the procession. Colorful quilts of crocuses, Lent lilies, and star magnolias will follow them. These blossoms give an inkling of what is dreamed of in the depths.

This leapfrogging of winter is an ingenious aspect of nature. There is something unexpected, like the knight’s move on a chessboard, in this advance ventured in dark November. A new beat of the world heart begins, and countless hearts follow its impulse. The sprouts of tulips, lilies and crown imperials break through the many wrappings that cover them in layers like a Christmas gift. As a wagon wheel that revolves and turns on its inextended axis regardless of where the road leads, so life orders itself here around its innermost cell, its non-substantial nucleus. It turns in itself, without intention; the beauty of flowers and the richness of fruit are not goals, but testimonials. This advance thrust represents not only a great gamble but also an assurance. Here knowledge attests that the sun will return, that it will not leave life in the lurch. Fundamentally, this old insecurity has never left us; it returns with each autumn. Provisions are now stored; the lofts and cellars fill with the fruit of fields and gardens, with butchered meat and with wine. Field mice, dormice, badgers and hamsters slumber in their holes; they have filled in their exit holes and will live off their summer harvest. In the attics of barns, fat dormice rest, and in the high mountains marmots begin their long hibernation. In the rotten wood of trees, at the bottom of bodies of water, under fields covered with snow, numberless larvae wait it out in sealed pupal cells, like mummies. They are all equipped to outlast winter, so that they may gather again for the great festivals of spring.

But, behind all these efforts, a doubt remains that can only be placated by hope. A gardener holding a crocus bulb in his hand in November contemplates a stockpile accumulated over an entire summer. Soon it will be entrusted to the soil and will fix itself therein with pale threads. There is safety in this. But assurance first emanates from the germinal bud, which brings with it the certainty that the earth will be broken through. It heralds the return of the light.

This grey month brings a farewell to nature. Mourning, melancholy, ceremonies of death and remembrance come with it. But proclamatory powers also draw near, and a stiller, more furtive happiness germinates than that of the harvest and wine festivals. The dead draw close in our dreams.

The great paradox, in which spring and winter, life and death rub shoulders, frightens but also cheers our heart. Not only does the darkness grow, but reassurance with it. “It goes towards it”, as they say on the Bodensee. The first drums are heard in Basel, in Überlingen the first whip cracks, and in Rottweil the bells are jingled. But this “towards it” does not only mean towards February, when the sap rises in the trees and the spirit of the fool has its victory. It also means: towards the night – towards the all-day nights that get longer and darker, towards the night of winter that has barely begun, towards the night of death to which we descend along with nature.

As the world darkens, hope lights up. It stirs in every seed, in every bud and shoot in the dark earth, and ignites them like candles with its light. The festivals of light follow.”