The titanic orientation of our contemporary humanity is a theme continually referred to and explained by Ernst Jünger and his brother Friedrich Georg. It might be useful to readers to have their vision applied in simple form to a few concrete aspects of our modern world.

According to one interpretation, the etymology of the ancient Greek word “titan” expresses the notion of an “over-stretcher” or over-extender. This expresses the titans’ lack of a sense of measure when it comes to expressing power. Put in Nietzsche’s terms, titans are motivated by a blind and insatiable will to power: always more to the point of extreme, without a conception of balance, of a point of sufficiency or equilibrium that can be reached and then maintained over time. The gods, who the titans periodically overthrow and briefly manage to keep out of the picture, represent this sense of balance and equilibrium. 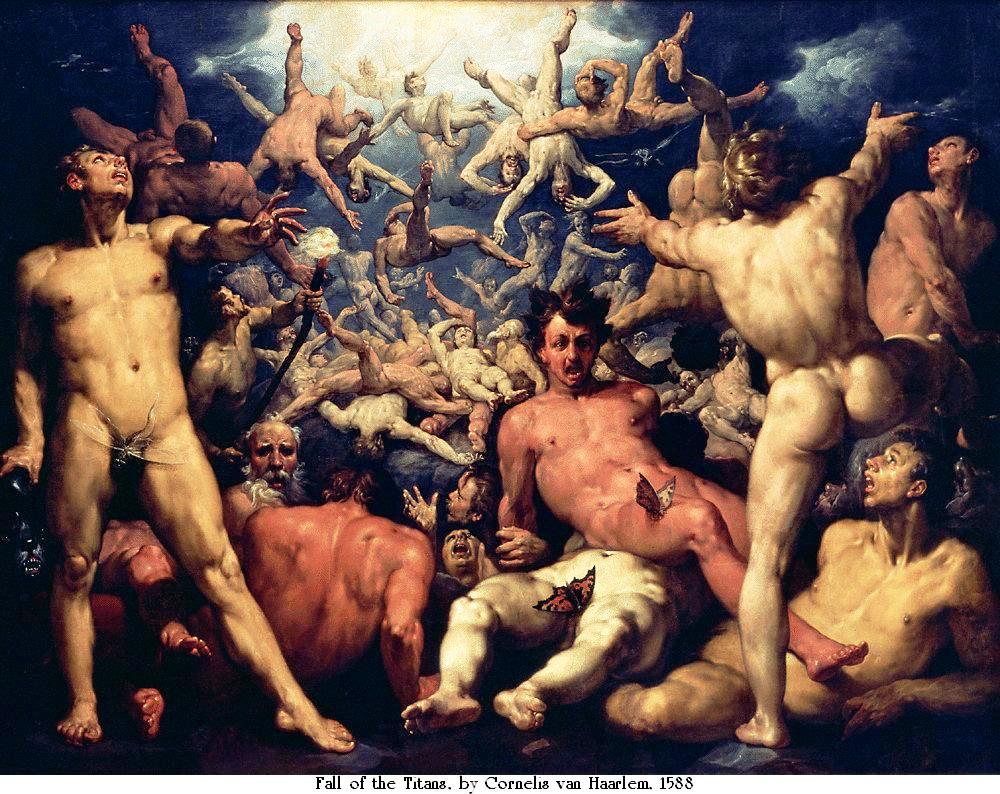 It is already clear from this description how civilization in the last couple of centuries has become ever more titanic, beginning in the west but now reaching global extension. According to Jünger, our period is the next return of the titans after that of Imperial Rome. I believe we are slowly starting to understand the dangers of titanic arrogance in man and, at least theoretically and in restricted circles, contemplating a retreat from its unsustainable, inescapably catastrophic approach to existence and also the manner in which the next phase may emerge, a return of order-restoring “gods”.

Here then are some superficially explained examples of titanism as it presently manifests.

Along with the intrinsically connected theme of the environment, the stagnant economy is the crisis of the day in the US and Europe, that is, in the titanic avant-garde of our world. It has long been taken for granted that nothing is more important to human welfare than continuous, unlimited economic growth, that higher GNPs and incomes are the critical measures of a country’s all-significant entry into modern times and indeed measures of its citizen’s physical wellbeing and even happiness. Given this assumption, there is no limit to the level of wealth to be achieved – this is most apparent in the richest western countries where a higher level of material comfort can hardly be imagined, yet growth is still the obsession. Indeed, a vicious circle of ever-intensifying, futile effort is created in this cul-de-sac: as the elusive happiness promised by politicians and scientists remains always around the next corner, behind the next technological improvement or economic upswing, we grow more and more desperate and run even faster down this alley, at whose end not salvation but spiritual and environmental catastrophe await us.

At some point, we titanic westerners also seek patronizingly to aid the “underdeveloped” world with our superior knowledge, though the process actually resembles more an infection of the innocent with our poison, with the seeds of discontent. If such initiatives seem (naively) well-meaning, at a deeper level they function for us as a necessary distraction from our spiritual desperation at the dilemma of “where to go now, now that we have everything and are more miserable than ever.”

It may seem that there is no more to criticize in these material ambitions than their futility in providing happiness – given a basic level of comfort and sustenance, happiness is only ever a product of inner harmony and meaning, and not physical luxury. But in fact they bring serious material dangers with them, since economic growth at all costs entails a constantly increasing consumption of energy and natural resources (see F.G. Jünger’s The Failure of Technology), to the point of environmental bankruptcy and nest-spoiling. Enter our environmental crisis, nothing more than the inevitable consequence of titanic over-extension and lack of measure. The tragedy here is that titans – we – do not learn through experience, we simply become its victims: we only stop when self-provoked catastrophe stops us dead in our tracks. From Ernst Jünger´s Aladdin’s Problem: “We will either be saved by the poet or by fire”. 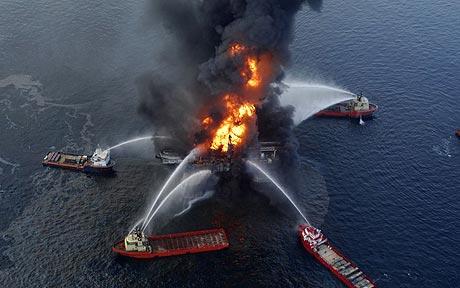 But even the worst imaginable environmental catastrophe would not be the most tragic result of our titanic pretensions: the real tragedy is that they distract us from the spiritual efforts to be made in our personal lives and therefore lead to increasing inner poverty, personal meaninglessness and unhappiness. We put all our hopes in a material salvation and forget the fundamentally spiritual, internal basis of all deeper fulfillment. Indeed, those on the cutting edge of titanism, our wealthy western countries, are undoubtedly not the richest in happiness, and they are almost certainly the most spiritually bankrupt. Aladdin’s Problem, “Soon there will be nothing left but the sound of Sheol”.

From being a source of spiritually meaningful knowledge in ancient times, science has been degraded by our titanic culture into a mere tool for driving economic growth and invention for its own sake, that is to say, science has been degraded into technology and an insatiable amassing of knowledge. Most scientists would be surprised to hear of times when science sought an absolute knowledge that had spiritual meaning for people, that aided them to achieve inner happiness and not merely physical comfort.

For today’s titanic science is interested in knowledge only to the degree that it increases worldly or material power, or, when that is not applicable, as in astronomy for example, that is provides egotistical self-gratification, material to lord it over other titans involved in the same race to nowhere – by the very nature, Titans are competitive. (A low level expression of this is the curious pride the man on the street feels in his knowledge of trivia, which is absolutely useless in every sense except as a potential competitive measure: “I know more than you” – however useless such unintegrated abstract knowledge is.) 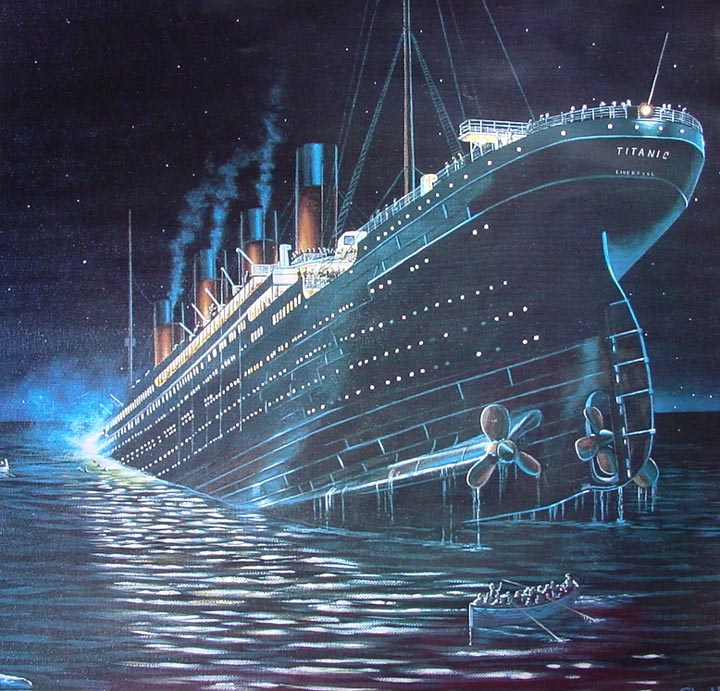 This titanic faith in technological science as a cure-all whose saving power always lies tantalizingly around the next corner, with the next technical innovation, is not just arrogant or naive, it can also be deadly; for invention per se has no preference for good or evil ends, and, in an age of spiritual decline, the latter may even emerge more readily than the former. Moreover, when the accidents inevitably happen, they take on technically-empowered proportions: the sinking of the Titanic was an early sign, one with unique symbolic value, but many others have since taken place, including for instance the technical ability of the Nazis to kill and dispose of human beings so efficiently. In this respect, we can only thank our lucky stars that the atomic machinery has never really gotten out of our control.

As F.G. Jünger points out in The Failure of Technology, titans are incapable of art since they lack its basic prerequisites, a sense of measure. In fact, contemporary art limits itself, with rare exceptions, to pure innovation, novelty, and more often than not has a quite abhorrent effect by its disproportions. Like everything titanic, it aims at a dynamic effect, to be didactic or pornographic, to attract or repel – it has no understanding of the stasis that true art evokes (a la Stendhal effect).

If it has a genuine purpose in the greater process, which surely it does, then for the moment at least, it must be that of the compost heap on which the old used-up forms of old are decomposed and from whose rich substrate new forms can one day sprout. But let us be objective about which stage we are at now – when the new forms emerge, it will already signal the end of the titanic period. 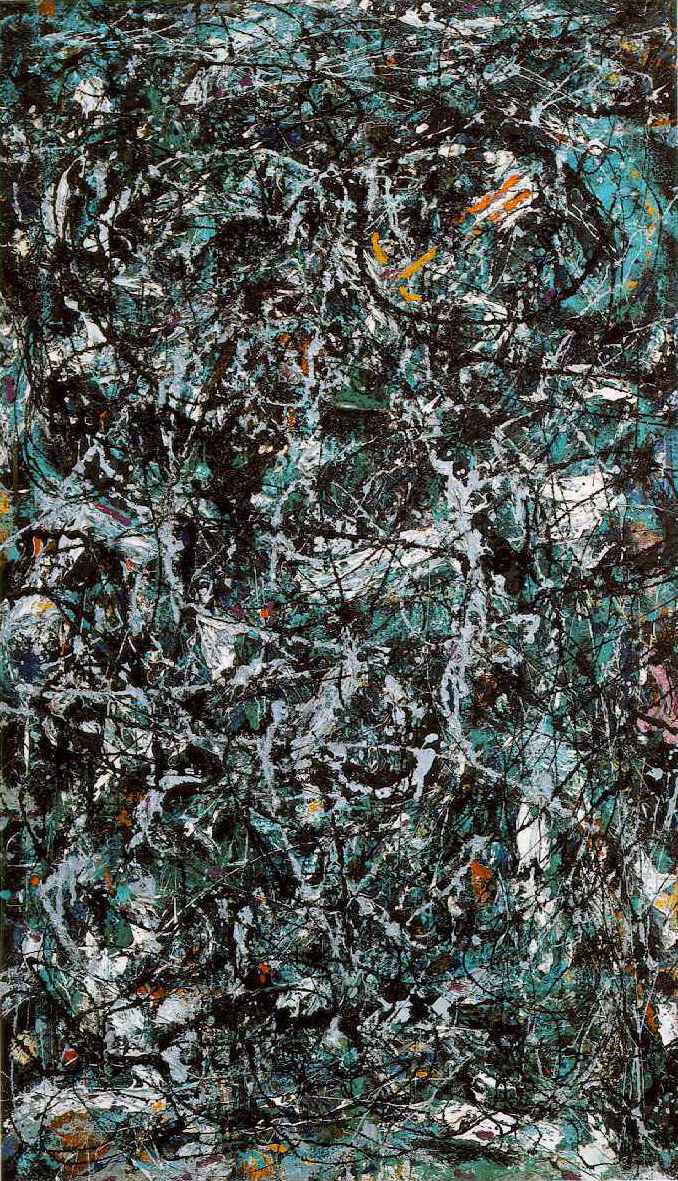 As Ernst Jünger points out in Aladddin’s Problem, human culture as such cannot be developed in a titanic society, since culture is based on our treatment of the dead and titans are patently not interested in the dead or anything that has to do with the past and with tradition – they only want to express power and that implies a break with static models of the past;  they live with an existential centre of gravity in becoming and not being. The continuity and being-beyond-time implied by remembrance of the past, by graves and cults of the dead is of no interest or meaning to them.

In this same book, Ernst Jünger speculates that the emergence of a new cult of the dead will be a sign that culture can take root again – and we add that this will necessarily also mark the death throes of our present titanic phase.

In the essay “Mut und Übermut” from Das Abenteuerliche Herz (2nd Edition), Ernst Jünger speaks of having lost his taste for certain words combined with the prefix “super” (über). As he explains, this prefix has a strong connotation of will power, a belief that the supreme achievement comes from the most intense application of will, and not wisdom – that is, as a result of titanic effort. 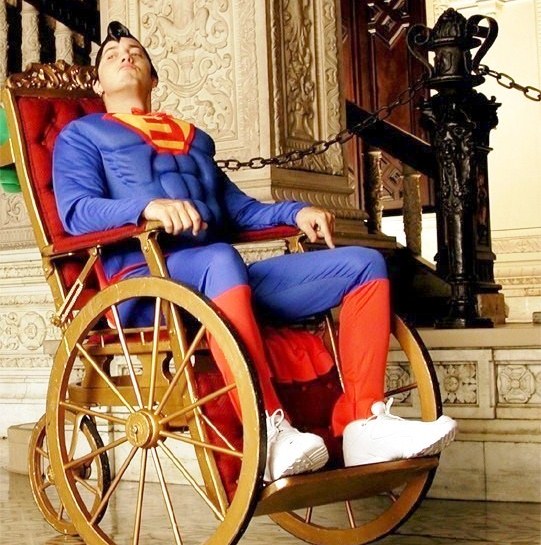 (Aside: the fate of the Superman actor Christopher Reeve may be another foolishly clear sign from Cassandra of the destiny of titanic mankind, similar to that other prophecy of hers which Jünger regularly mentions, the sinking of the unsinkable Titanic.)

The trend towards the superlative, in words and actions, has only progressed since that essay was written – today I would suggest that the equivalent word, the appropriate one for the next stage in the pursuit of more, is the adjective “extreme”. “Super” has lost its power and now we are forced to use the next and last possibility, the extreme. Thus, in the media, in the lifestyles and productions of the west, we see this word appearing everywhere: extreme sports, extreme sex, extreme nutrition, extreme technology, extreme performance, my toothpaste is even called “extreme mint”!

A seemingly trivial social development that is in fact a frightening omen for our titanic civilization – because the extreme of any linear development (i.e one that does not follow or believe in cyclical patterns) must represent the last stage. There is nowhere to go after this word appears, there can be nothing beyond the extreme, except a precipitous plummet from the cliff we have so fanatically scaled.

This end must logically come, to some unknown degree catastrophically, even if in reality the meta-historical processes involved are not linear but cyclical, so that “the end” is actually only the low point that marks the beginning of a new cycle. Our titanic will power is such that it will drive us to that end without slowing down, and it will thus be more or less disastrous in a material sense. If this much is clear, then the only real task we have today is not to attempt a redemption of the material state of affairs, whose fate is essentially sealed, but rather to prepare spiritually for a passage through the curtains of fire and for the new world that must born on the far side.

In this respect, it may be we in the west who have the main role, for he who leads the way into the pit or cul-de-sac of material power will also be the one who first realizes its futility and so finds the way out.

Ernst Jünger often said that although he might be a pessimist in the short term, “ultimately” he was an optimist. The gods always return – at some point. He ascribed the 21st century to the titans, the 22nd to the gods – for myself, I am not sure that things can last that long.